One day, what seems ages ago, Ryan and I were tooling north toward Moab after a jaunt deep into the four corner's south for who-the-hell-knows-what-reason, and we stopped to pick up a gentleman with his hitching finger out.
He spun a tale of nuclear and political jackassery, telling us about a proposed nuclear plant on the Green River, somewhere just north of Green River, Utah. Not many knew about this place yet, because those in the know were trying to keep things really quiet. He said there were odd forces combining in support of the plant, but that there was still time to thwart the thing.
We talked about the San Rafael Swell, and of certain, special places out on the mesas and down the slots, many of which very few people can place, and even fewer people have seen.
The next fall, we read that a person matching his description had been found dead in spurious circumstances out on those mesas.
The site above comes from a coalition opposing that nuclear power facility, and I tend toward complete and total opposition, for what that's worth.
Check it out for yourself.
- May 20, 2012 2 comments:

Out in the hills 'round sunset 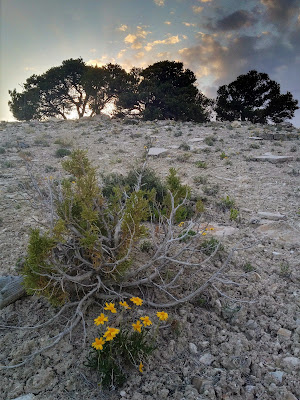 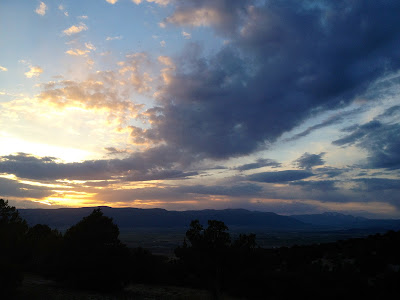 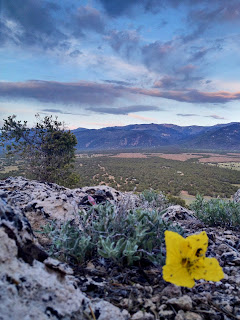 In the way that the first, heavy drops of rain fall on a still bright windowpane,
Cracks in the floor, under the rug, where a connection with the process of entropy
is covered from view-
Craft, art, consumption, and the posy imaginings of blind, blue-gray rage,
Much of what is communicated is attention misplaced
between God and Man.

As rocks stretch from the ground to brush the heavens,
others imitate the process in reverse;
And who’s to decide which is the more spectacular or meaningful?
Our deep, rich loam, in a bowl
resting on a plate
on the flashing, slicing edge of this universe.
- May 16, 2012 No comments:

In Another Place, Mother

In another place, I might better know why,
and though photos fade and the memory of my own first meeting with you
knows no shape, light, or even shadow,
the deep gravity of emotion and well of left-over hope has beckoned me toward your kind,
your like,
and similar sapphire-blue eyes.
I recognized the sense of love and possibility in her.

It becomes you;
this transition toward efforts like yours and
a better understanding of love like yours,
having begotten children (not unlike yours),
you are all the more a beauty-
as that word flourishes like butter and honey
within the mouth of an admirer.

The circle weaves sometimes frenetically and always intentionally closer,
Grandparent, Parent, Child, Grandchild;
as the sky and earth begets rhubarb, corn, dark mulch and the blessed cycle of water.
This relationship, though not without effort,
has good, solid promise and
a future in the seed you’ve cast and nurtured, Mother,
another deep gravity of emotion and well of hope within us.
- May 13, 2012 No comments: