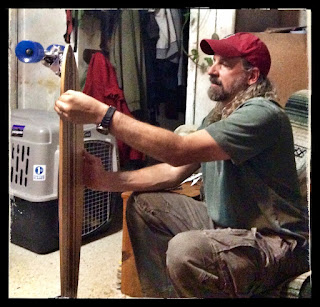 The kids and Clint combined forces to get me a truly splendid new longboard! Now can I look forward even more rabidly to even warmer days and some more sunlight for cruising the chip and seal roads of SpringTown.
- February 25, 2015 No comments: 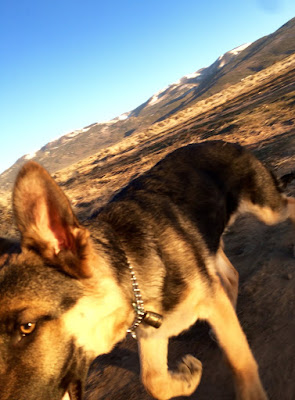 Out and about in the cedars with the wee pup, we breathed clear air, saw some mountain bluejays (out of season!) and got a taste of what's to come with green grass poking up underneath the trees on the south side.
- February 21, 2015 No comments:

The Fish Yet Swim 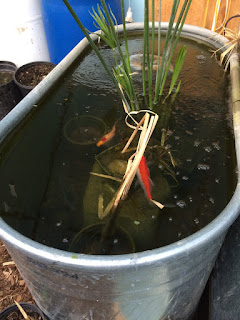 As I get things restarted in the greenhouse in hopes of a spring of rain and hope, the koi are still swimming and rising from time to time in the afternoon. The water got up to 48 degrees today- that's really warm... 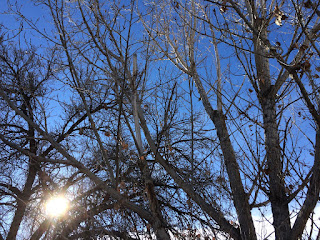 Up North With Clint

Clint took me with him on his delivery route yesterday; it was a good change from the normal of teaching school and trying to troubleshoot mild problems.
There's a completely different world out there, one different from my environment of the same students day after day with different needs and unexpected needs and outbursts. Material and commerce are important to our society, and without it, things would be very, very different. Who knows if we could have lifted humanity out of our ancestor's grinding cycle of famine and a little more than that without the havoc of human indifference toward others in order to move forward enlightened self interest; what people today call capitalism. It's made things better for many, and for that I'm grateful. But then there's all of that worrisome collateral damage that few bother to think about...
We went to at least eight of his customers, dropping off their blades sharpened 'better than new' as he likes to say. It's fun to just sit and talk and not worry about the things that I usually have to deal with, but I know there is a way that is a lot more extroverted in its levels of stress. 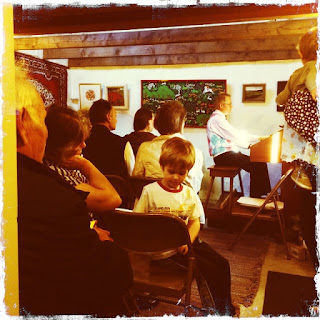 Evensong at Eventide brought some springtime cheer out as love was in the air and the tunes even more cheery than the warmth outside.
T-shirts in David's Granary in the middle of February!

After millennia
time’s finish is still smooth,
though no one remembers its first drive along the coast.
Time’s engine, keen,
as rock degrades and universal carbon recombines into infinite couplings.
Though as I wear grooves into my stairs
and bone on bone without cartilage grinds
All wind to and fro on paths and roads
each too busy to see the sun’s passage through the sky
and tree’s growth seeking that sun,
because who has time enough to admire that rhythm too long?

Many say that downward slopes are time’s inexorable ride
While mass and existence pull not down,
but in and toward the core, not away from light-
though fleshy eyes see light, the soul also seeks combination
betwixt friends, spouses,  and understandings.
that final human understanding
is driven down, toward another within, pulled into
a feast for all blind, an explosion toward the next undoing.

The rock wall’s romantic view is that they stay
never come down and become permanent
Like the mountains, as the oceans.
Bones of earth expand along with the universe at large,
and we follow in quick steps and the stacked stones with those more slow-
But each day on the earth is our eternity and experiment
Sentience’ own children, we are possessed of love and purpose

But not much of time or time to understand
Our own hand-built lives and stone walls. 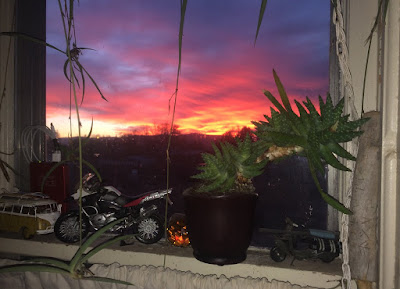 The warm weather continues and with the lack of snow and seasonal continuity comes angst. I wonder what other people feel about the seasons because I know that I am overly concerned with things I can't begin to change or even influence. 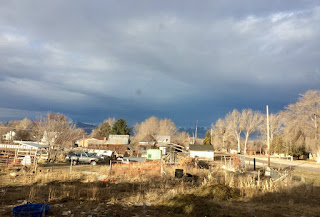 It's been this way for as long as I can remember; I worry about people, animals, fish and plants who survive by the whims and wants of the seasons. I wonder how they're going to survive and how they might be helped along their way, but there's only so much that I can do for my own family and friends. The result is a sort of cognitive disconnect from my irrational hope and fear toward a more manageable day-to-day balance between cause and effect as I work, save and spend.
The economics of the self are in direct relation to what's available, and sometimes it gets fairly sketchy when the dearth outside matches a certain scarcity within.


It's good to have Sigurd around, though. He's a good little variation in the dynamic. 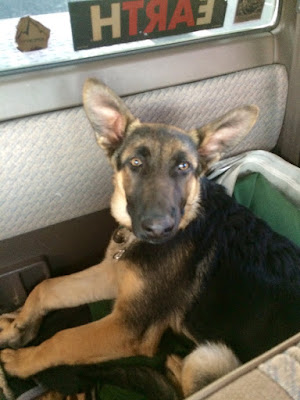 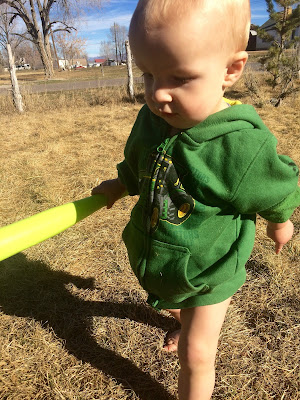 Out in the weather with Ianto, February without pants.
The bulbs are coming up, by the way.
Holy cow. 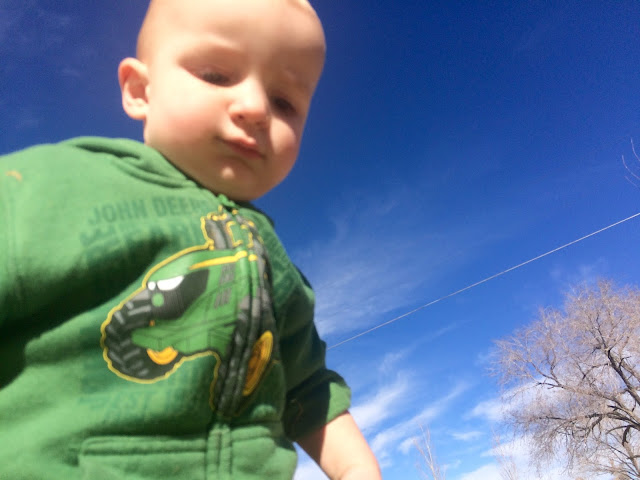 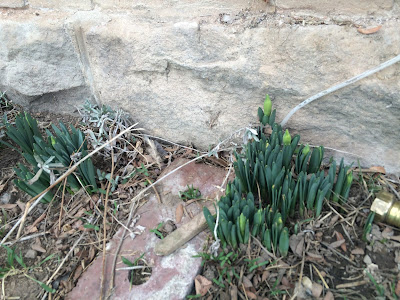