In Utah’s Sanpete Valley, under a bright dome of dappling blue sky and grey clouds gathering for a storm, our basin of small towns originally established for the building up of Zion and of the Church of Jesus Christ of Latter-Day Saints is what it has been for at least the past century and a half.  It’s what the rest of human society is these days; a staging ground for people fighting for a comfortable life that their neighbors can covet just enough to grant some status until they have acquired enough to rival or pass up some of their more higher placed ‘friends’. Not an attractive description for what we are, but we've a beautiful, uncluttered place in which to practice this age-old game. 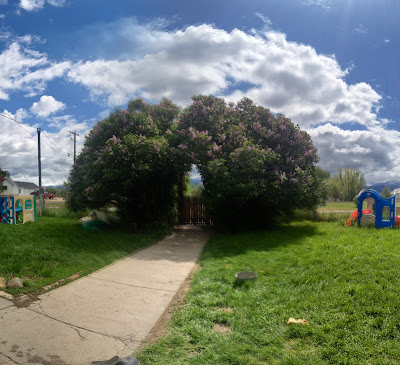 With a total population of just under 20,000, very few Sanpeters are ‘financially comfortable’ by typical American standards, and in reality, most houses don’t even have concrete driveways or garages to speak of. Many of the old places got around to upgrading with indoor plumbing in the 1970’s.  ‘Round these parts, we like to think of ourselves as a hardy bunch, a breed apart from those ‘saints’ on the Wasatch Front blessed by Brigham Young’s favor. Those he didn’t want to deal with very often were often banished to far-flung agricultural/settlement missions to sometimes questionably appropriate places like our own Sanpete Valley. I imagine that’s what happened to my Great-Greats.
Like my Danish ancestors consigned to relocate from the Wasatch Front to Sanpete, we moved here after being raised in Bountiful and Logan amongst other places in the Southwestern U.S..  After being married in the high bastion of LDS faith, the Salt Lake Temple, Drie and I had tried to make a go of it in both of our natal homes, but a lack of preparation, realistic skillsets, and cutthroat drive made it very difficult to live there and maintain any familial or socially stable living at the time. In reality, we felt alienated and harried, working menial and low-paying multiple part-time jobs only to live in trailers and basement apartments without enough money to go to school or keep our hardscrabble, fourth hand automobiles alive for long.
Our social circle was predominately Mormon, both in our local community and far-flung family. Both Diedre and I come from a middle-class background, and though that construct was largely a result of upheavals brought about by the post-world war II climate of giddy, materialistic American chauvinism, it was engrained enough to become my heritage and to a large extent, what I assumed was my inheritance and cultural electric fence.
We never made it into that ‘birthright’, neither monetarily, geographically,  nor socially. Our decisions and values precluded us from that pigeonhole, and though we have paid a price in pounds of flesh (and soul) for those choices and principals, the same are what makes us who we are in our family and give us hope to keep striving from day to day.
The truth is that we have made many choices and pursued a few courses that are counter to a perspective of success or ‘progress’. Diedre and I have overtly tried to work on projects that help those who might otherwise be ignored or put down further. We have sought to care for, educate, and otherwise enable children born on the wrong side of the tracks or those born high on the hill whose parents’ own choices have led them to misunderstand or ignore their obligations as parents and human beings. We’ve tried to live ‘low on the hog’ and to be as authentic to our hopes and dreams as possible in the face of what we’ve felt and experienced as overwhelming odds. For the most part, our ways have been a generation or three behind, and as a result, we’ve often been left behind as the economy has slowed or stuttered due to predatorial mining of our society and ecology.
We are in many ways in the midst of financial pits and worry, and after a brief period of relative abundance brought about through both full and part-time time over work, we are worse off financially than we have been for many years. Our children range from the ages of five to eighteen, and we have another wee bern on the way sometime in the merry month of December (once again, our values and decisions nip us squarely in the ass while blessing us beyond words).  All we have is hope and the joy of these personalities that surround us. The gamble is that our values will win the day in making our family thrive in the coming generations.
In the midst of this period of reflection, we don’t know how we’re going to make it past this coming August, though there is hope of results from a couple of projects and more substantive part time work at the end of that month. The questions is whether the circumstances that we enjoy and labor under here in Spring City, are worth fighting for in the midst of what appears to be a rejection by the community at large of our way of life and hopes. It’s not that the community overtly dislikes or spurns our efforts or talents for heaven’s sake; it’s a much more insidious and unconscious process of ‘homeland defense’ dealing in all kinds of nepotism and socio-religious bulwarking. It’s much the time as my own strange perceptions of middle-class assurance left over from my upbringing, so I can’t hold much of a grudge against anyone for long.
So what direction should be taken now? We have eight blessed souls wide-eyed with delight and possibility in the house right now, so every idea that comes in our out of our minds is tempered by their hopes and dreams. We haven’t given up on the ends here, it’s just the means that seem to have reached a sodding end in the marshes of our discontent, so our hope is to find some new means of support independent of our past financial endeavors.  Educational contracting and consulting, variations on trades, arts and the like, as well as other things that flash in and out of possibility are constantly mulled over and tossed around in family discussion. Nothing yet; the hopes aren’t extinguished, but the roots of our pasture seem to be shallowing out in a parched summer sun.

Mike Lee is a Codfish

Here are some of the SLTrib's Paul Rolly's insights and commentary on Jr. Senator Mike Lee. What a piece of double-dealing work is that sanctimonious so-and-so.
I really wish we could all come to an accord on the big issues and find an ability to tell truth rather than the polarizing hyperbole that both the ultra right and far left rely upon for day-to-day volleys.
- May 27, 2013 No comments:

Something For a Reading Today

Absently showering the spent casings,
understanding betrays will
as a party begets rhythm and some angst-
And though we speak often of peace in this crackling, electric age,
the recent past is a contour of intention and crude facial recognition.
Gratefully, having gasped for air at times,
a thirst for passion grows as the water birch will in spring

And I know when gone away,
recollection is ice in a chest,
tiny cookies in a plastic bag,
long grass in moiling clay.

A lilac perfume will complete the cycle
only if inhaled and remembered in a long, darkened moon;
I can only hope that you might be there,
so that the gift might be complete and even in pulse)
A memory created like those blades of grass,
under a quickened ceiling of blue and grey-
the prospect an expanse, a vaporous silhouette and a heady amnesia. 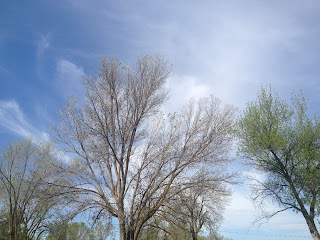 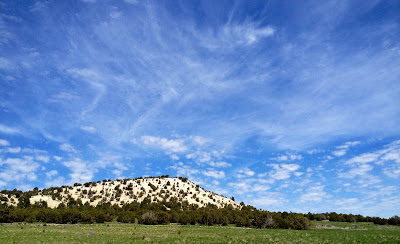 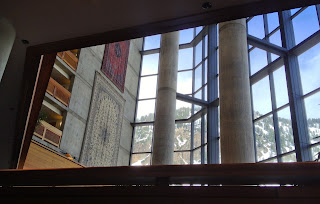 Coming upon the big, final session this afternoon. It's usually quite good, but I'm not much in the mood for these big celebratory yammer-fests as of late.
Generally, these 'motivational' instructive situations make me uncomfortable and bring up angst and criticisms of the forum and in my mind as I listen.
After my experiences of the past four or five years, I would really like to just not need to interact regularly with anyone in society for a few years. No one.  Just brush up against personalities, spread cheer as I might, and move on. Like many past trips to Yellowstone country- if someone is friendly or compatible, see if something sticks. In reality, that's only another of my idealistic, very unlikely constructs. Generally, people are too busy and involved in their tribes and families for such transient connections.
I wonder how many people have sentiments similar to this. How many humans feel this desire to disconnect with what they perceive as a opposing force working to put its ideas, images, interests and security ideals forward and above those held by the 'idealistic' individual. Hopefully not very many; it's not often an easy place to operate from.
- May 10, 2013 2 comments:

Kevin Creedman- Trauma and Attachment in the Classroom

Kevin Creedman has a good handle on what is needed in the classroom and, no more importantly, closed-door therapy sessions so important to the field of adolescent corrections and restoration.
Here's a blog entry on a similar presentation written by someone closer to his field who was able to pay closer attention to the points and ideas he shared from Patricia Wilcox.
- May 09, 2013 No comments: 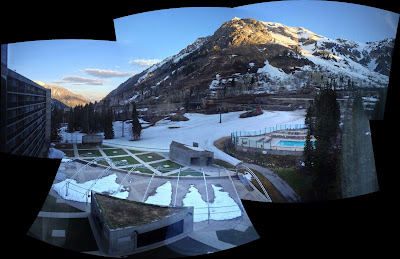 Steven C. Teske was the keynote for the 2013 TYC here at Snowbird. A fair loud (seriously) man, he spoke on ideas and ideals that I have argued and practiced for years in the field of education. Rather than the 'tough guy' approach that is tried and not-so-true, he advocated for a soft-skills approach to help kids who are asking for help and intervention though inappropriate behaviors and actions stay away from hard-core offenses and focus the more tough attention on the real predators who need more time and resources when they offend or stir trouble.
Some of the ideas are a bit high-intensity for a rural setting like mine, but the numbers he cited reflect decreases in crime, recidivism, and increase of individual involvements in crime. Across the board, including within law enforcement (SRO), the use of understanding and decrease of 'bullying' and intimidation techniques with lower-intensity offenders has made a difference in their schools and communities.
A wikipedia article on Restorative Justice, germane to the man's subject.