Out With the Old

A summer begun with the banishment of a fridge-
The darned thing has fought hard for ten years against the onslaught of several kids up to the count of nine and needs an easier job for a while until its eventual demise. It's down to the cellar for this fridge and in with a new, wee bit larger box for the kitchen.
It probably won't do much better, but it'll be a few degrees colder, I warrant. 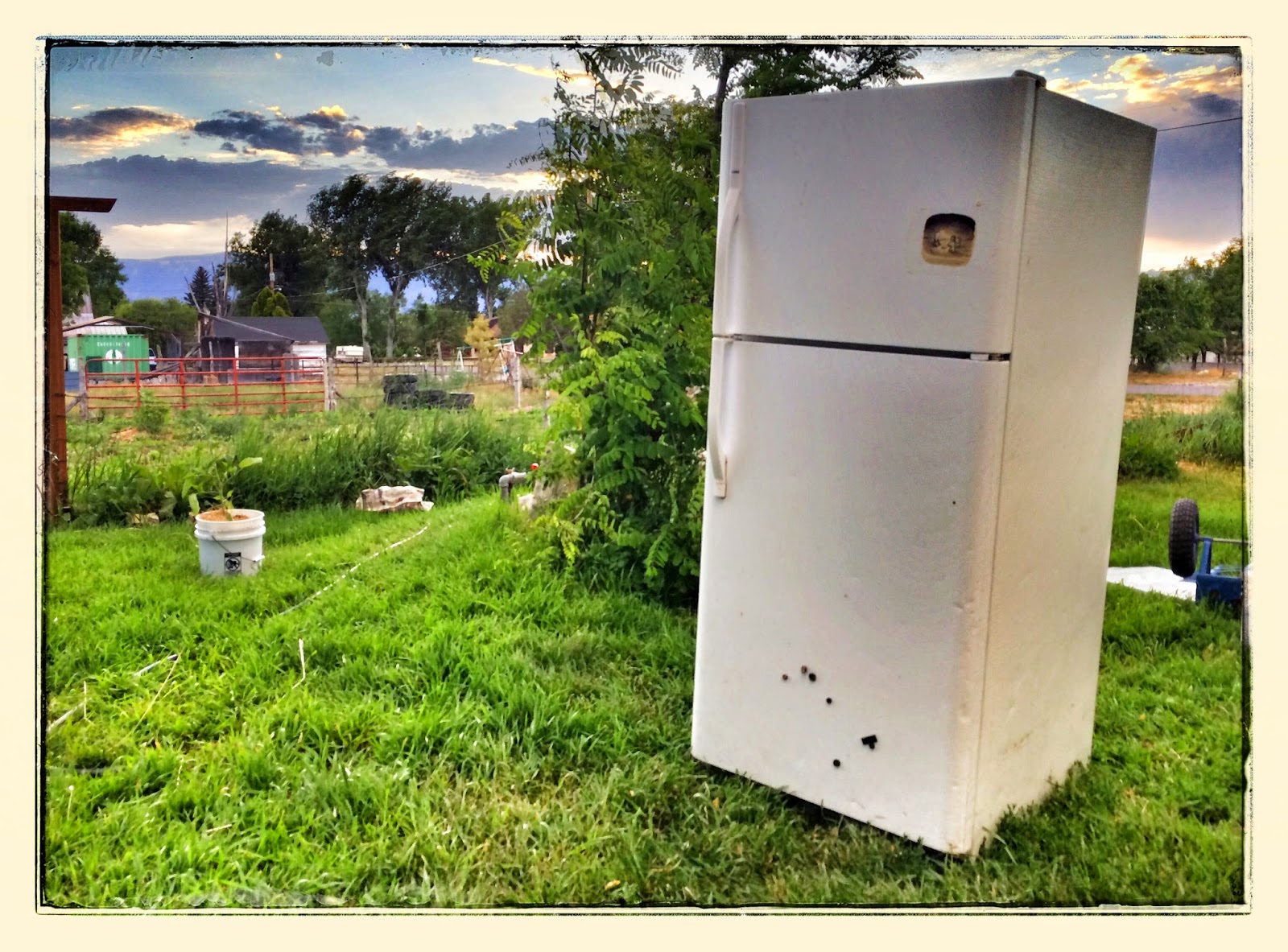