A Trip in a Sort of Southerly Direction 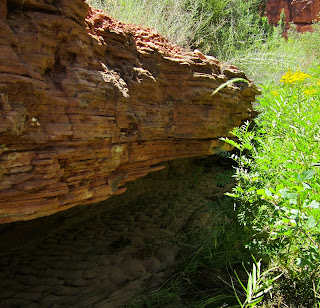 467.3 miles.
That’s a tally that includes round-trip to and from our little house in SpringTown to the Escalante Plateau and a few little trips to and fro. Quite a few miles to drive, but that’s alright.
There is water and sky and stars and earth and fish and bobcats and trees there. And much else, too. It’s an area I’ve spent lots of time in, at least the environs thereabout. I love the place and have learned much of myself and my surroundings while there.
Ryan suggested we head out that way as the summer winds down and our teaching assignments begin tugging at heart and mind; he’s been there quite a bit with his own family this year. They were pro companions; our family had a splendid time and wanted to stay much longer.
Nights started cool, and in that the air was dry, they got downright cold by the time dawn made its way ‘round to our place on the earth. The sky was clear, too, and the stars typically spellbinding in brilliance and number. I found myself staring into the sky more than a few times as I woke up in the thick of night for one reason or another; my reward was bliss and at least six long-lived meteorites of different colors across the dome of dappled black and light.
The days were fair hot. Our time spent at Calf Creek was spent mostly in the water, immersed or wading, by the majority in the two families. The stones and cool, clear liquid danced with the imaginations of the children, and as they played, they engaged in exploration; pretend restaurant, painting each other with naturally pigmented clay, extemporaneous hide-and-seek, and other games too short-lived or unnoticed by adult eyes.
Again, it was time well given and though not long near enough to wholly heal hearts and minds pricked by day-to-day life and rationalized decisions of survival and expedience, it did much good for us ‘round this little house in SpringTown.