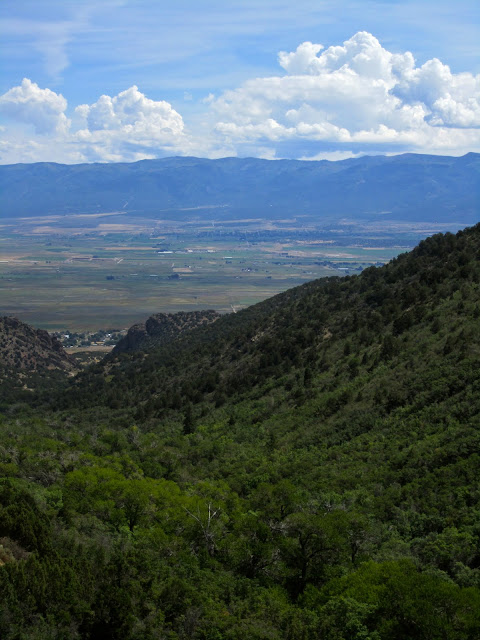 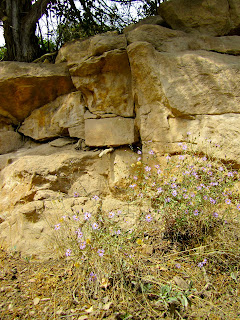 Went up the Wales Divide to see how the seasons were progressing. There was a lull in work action and a deep need to see the face of God; that's where the fates guided.
I took a break on the top in an area with a wide flat where one could see far and all 'round. I sat in a chair and watched the thunderclouds form; haven't really seen that for a while. The clouds came up from the south, materialized over the eastern plateau, and climbed into the stratosphere in a wave stretching from south to north.
As the thunderclouds began climbing the west side of the valley, I thought I'd best head down from the top. Wish I didn't have such an aversion to lightning.
The rain was delicious down a little too; I was just glad to get away from those static prickles on top of my head...

As things really started progressing on the east side.
Spring City's down there at center. 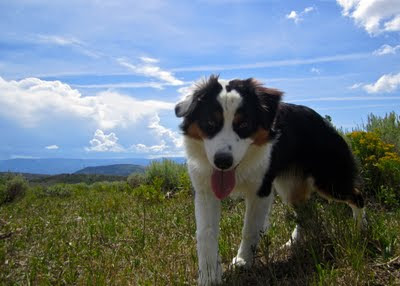 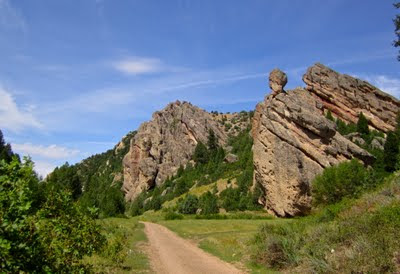 It's all so green still!